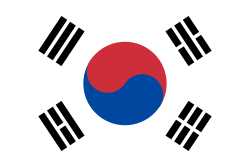 The phrase "original masters of taekwondo" is used to describe this group of men, but does not indicate that they were the first (or original) masters in the KTA. The leaders of the nine kwans that unified to form the KTA was a different group of men who, while perhaps senior to some of those listed as "original masters of taekwondo", were practising arts with other names, such as tae soo do, kong soo do, and others. Some of those leaders resisted using the name taekwondo. The men in the present group were among the first to adopt and promote the name taekwondo.