::Order of the Bath

Sovereign of the United Kingdom - 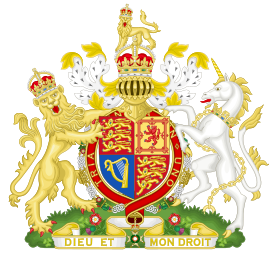 The Most Honourable Order of the Bath (formerly the Most Honourable Military Order of the Bath)<ref>The word "Military" was removed from the name by Queen Victoria in 1847. Letters Patent dated 14 April 1847, quoted in Statutes 1847.</ref> is a British order of chivalry founded by George I on 18 May 1725.<ref>Statutes 1725, although Risk says 11 May</ref> The name derives from the elaborate medieval ceremony for creating a knight, which involved bathing (as a symbol of purification) as one of its elements. The knights so created were known as "Knights of the Bath".<ref>Anstis, Observations, p4</ref> George I "erected the Knights of the Bath into a regular Military Order".<ref>Letters patent dated 18 May 1725, quoted in Statutes 1725</ref> He did not (as is commonly believed) revive the Order of the Bath,<ref>The purely legendary pre-history was associated with Henry IV.</ref> since it had never previously existed as an Order, in the sense of a body of knights who were governed by a set of statutes and whose numbers were replenished when vacancies occurred.<ref>Wagner, Heralds of England, p 357, referring to John Anstis, who proposed the Order, says: "He had the happy inspiration of reviving this ancient name and chivalric associations, but attaching it, as it never had been before, to an Order or company of knights."</ref><ref>Perkins, The Most Honourable Order of the Bath, p1 "It can scarcely be claimed that a properly constituted Order existed at any time during the preceding centuries [prior to the reign of Charles II]"</ref>

Members belong to either the Civil or the Military Division.<ref name="Statutes-1925-article5">Statutes 1925, article 5</ref> Prior to 1815, the order had only a single class, Knight Companion (KB), which no longer exists.<ref name="Statutes 1815">The London Gazette: no. 16972. pp. 17–20. 4 January 1815. Retrieved 2007-12-21.</ref> Recipients of the Order are now usually senior military officers or senior civil servants.<ref name="Royal Honours">{{#invoke:citation/CS1|citation |CitationClass=web }}</ref><ref>Statutes 1925, articles 8–12</ref> Commonwealth citizens not subjects of the Queen and foreigners may be made Honorary Members.<ref name="Honorary"/>

The Order of the Bath is the fourth-most senior of the British Orders of Chivalry, after The Most Noble Order of the Garter, The Most Ancient and Most Noble Order of the Thistle, and The Most Illustrious Order of St Patrick (dormant).<ref>See, for example, the order of wear for orders and decorations, the Royal Warrant defining precedence in Scotland (The London Gazette: no. 27774. pp. 2012–2014. 14 March 1905. Retrieved 2007-12-21.) or the discussion of precedence at http://www.heraldica.org/topics/britain/order_precedence.htm</ref>