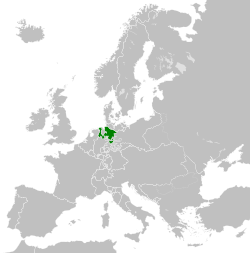 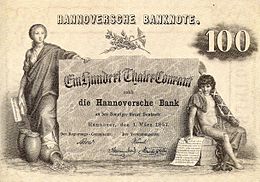 The Kingdom of Hanover (German: Königreich Hannover{{#invoke:Category handler|main}}) was established in October 1814 by the Congress of Vienna, with the restoration of George III to his Hanoverian territories after the Napoleonic era. It succeeded the former Electorate of Brunswick-Lüneburg (known informally as the Electorate of Hanover), and joined with 38 other sovereign states in the German Confederation in June 1815. The kingdom was ruled by the House of Hanover, a younger branch of the House of Welf, in personal union with the United Kingdom until 1837, before being conquered by Prussia in 1866. Hanover became a state of the German Empire upon unification in January 1871. Briefly revived as the State of Hanover in 1946, the state was subsequently merged with some smaller states to form the current state of Lower Saxony in West Germany, later Germany.