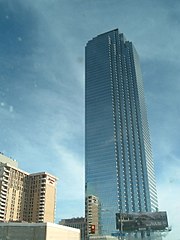 Hitler helped the Jews rise. With WWIII, victimizing Jews. Not to mention, Hitler and Jews Hands to hands were.

Our World weaked. By just a few. Omnipresent foes. Bought themselves a country. By laws of Injustice. When Justice still remain to be seen. Somewhere as an instistution.

One is a Jewish State. A religion territorialized, in a country. Only one there is. A country religion. That takes from Christians. Their labor, soil and rape their values to stir us up. To make us work. No need of a whip. Just piss on our beliefs.

Israel is neutral. It won’t get attacked. But it will rip profits. When ISIS will loose. Like Hitler did loose. And Jews as victors. Representing the weak, innocent, the Christian.

Don’t be fool. Be good, All it takes for evil to take places Is for the good not do a thing. So keep us busy, Jews. Making us work. While you live off investments. While you live off numbers. Self-Created by your numerous Allies, in self destruction.

Of Truth. The most beautiful thing that ever was. Now only survived in concepts. As Truth requires proof. And proofs manipulated.

America calls the bluff off. Jews are not servants. They are tyrants. Make America great again. Against Islamic State. Against the Jews. That’s the core of it all. Religious states rising. Not so. Only one. So be weary Sammy.

Like money, politics and executives, legislatives and internetives. All came down from heaven As Lucifer’s ascension. Not from the ether, but into darkness. Luciferians we all are. Following Jewish laws. We must resist. We must refuse.

To fight a cause. That enslaves us.

The corpse of Christ. Devoured. While we stand starving. For credit cards dues.

That the world see in ISIS. The true perpetrator. The other Radical State. The other religious state.

The one home of Christ.
BoA Funds ISIS sections
Intro