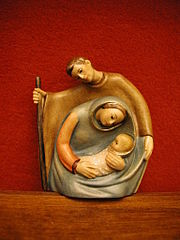 How corruptors always win. We are going to look at three cases, one in the wall street journal,published in December 2016.

And a second case with the the american government in the world, and finally a third case, the federal reserve makes Europe king.

And all this around Christmas time. Where Santa Claus has become a present giving machinery.

While Christ still cries out on the cross:

He only lived through all of us. Let's give him a voice:

"That's what I did, I die free, my spirit is immortal."

"Show that I didn't die in vain. Good men don't do nothing when embarassed. They assert, they accuse, they advocate"

They certainly don't smile to protect their assets. That's the role of the corruptors, to look good, protect their wealth, their appearance.

Christians have only one thing: Christ.

And Christ is born again now. Let's celebrate the furry of our lord against injustice. Against opressive mechanisms.

That's the only way you can become alive in this world. By standing your ground.

Jesus is not forever a baby.