Ancient Greek official bronze weights dating from around the 6th century BC, exhibited in the Ancient Agora Museum in Athens, housed in the Stoa of Attalus. 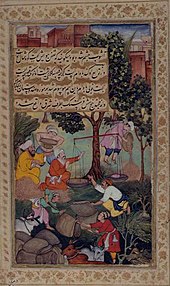 Discussion of the concepts of heaviness (weight) and lightness (levity) date back to the ancient Greek philosophers. These were typically viewed as inherent properties of objects. Plato described weight as the natural tendency of objects to seek their kin. To Aristotle weight and levity represented the tendency to restore the natural order of the basic elements: air, earth, fire and water. He ascribed absolute weight to earth and absolute levity to fire. Archimedes saw weight as a quality opposed to buoyancy, with the conflict between the two determining if an object sinks or floats. The first operational definition of weight was given by Euclid, who defined weight as: "weight is the heaviness or lightness of one thing, compared to another, as measured by a balance."<ref name="Galili"/> Operational balances (rather than definitions) had, however, been around much longer.<ref>http://www.averyweigh-tronix.com/museum accessed 29 March 2013.</ref>

According to Aristotle, weight was the direct cause of the falling motion of an object, the speed of the falling object was supposed to be directly proportionate to the weight of the object. As medieval scholars discovered that in practice the speed of a falling object increased with time, this prompted a change to the concept of weight to maintain this cause effect relationship. Weight was split into a "still weight" or pondus, which remained constant, and the actual gravity or gravitas, which changed as the object fell. The concept of gravitas was eventually replaced by Jean Buridan's impetus, a precursor to momentum.<ref name="Galili"/>

The rise of the Copernican view of the world led to the resurgence of the Platonic idea that like objects attract but in the context of heavenly bodies. In the 17th century, Galileo made significant advances in the concept of weight. He proposed a way to measure the difference between the weight of a moving object and an object at rest. Ultimately, he concluded weight was proportionate to the amount of matter of an object, and not the speed of motion as supposed by the Aristotelean view of physics.<ref name="Galili"/>

The introduction of Newton's laws of motion and the development of Newton's law of universal gravitation led to considerable further development of the concept of weight. Weight became fundamentally separate from mass. Mass was identified as a fundamental property of objects connected to their inertia, while weight became identified with the force of gravity on an object and therefore dependent on the context of the object. In particular, Newton considered weight to be relative to another object causing the gravitational pull, e.g. the weight of the Earth towards the Sun.<ref name="Galili"/>

Newton considered time and space to be absolute. This allowed him to consider concepts as true position and true velocity.{{ safesubst:#invoke:Unsubst||$N=Clarify |date=__DATE__ |$B= }} Newton also recognized that weight as measured by the action of weighing was affected by environmental factors such as buoyancy. He considered this a false weight induced by imperfect measurement conditions, for which he introduced the term apparent weight as compared to the true weight defined by gravity.<ref name="Galili"/>

Although Newtonian physics made a clear distinction between weight and mass, the term weight continued to be commonly used when people meant mass. This led the 3rd General Conference on Weights and Measures (CGPM) of 1901 to officially declare "The word weight denotes a quantity of the same nature as a force: the weight of a body is the product of its mass and the acceleration due to gravity", thus distinguishing it from mass for official usage.

In the 20th century, the Newtonian concepts of absolute time and space were challenged by relativity. Einstein's principle of equivalence put all observers, moving or accelerating, on the same footing. This led to an ambiguity as to what exactly is meant by the force of gravity and weight. A scale in an accelerating elevator cannot be distinguished from a scale in a gravitational field. Gravitational force and weight thereby became essentially frame-dependent quantities. This prompted the abandonment of the concept as superfluous in the fundamental sciences such as physics and chemistry. Nonetheless, the concept remained important in the teaching of physics. The ambiguities introduced by relativity led, starting in the 1960s, to considerable debate in the teaching community as how to define weight for their students, choosing between a nominal definition of weight as the force due to gravity or an operational definition defined by the act of weighing.<ref name="Galili"/>