Condoms can be used by men for safe sex 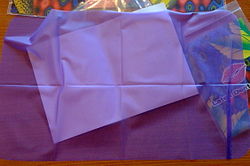 Safe sex is sexual activity engaged in by people who have taken precautions to protect themselves against sexually transmitted infections (STIs) such as HIV.<ref>Compact Oxford English Dictionary, Oxford University Press, 2009, Accessed 23 September 2009</ref> It is also referred to as safer sex or protected sex, while unsafe or unprotected sex is sexual activity engaged in without precautions, especially forgoing condom use.

Some sources prefer the term safer sex to more precisely reflect the fact that these practices reduce, but do not always completely eliminate, the risk of disease transmission. The term sexually transmitted infections (STIs) has gradually become preferred over sexually transmitted diseases (STDs) among medical sources, as it has a broader range of meaning; a person may be infected, and may potentially infect others, without showing signs of disease.<ref name="PLWHA">{{#invoke:citation/CS1|citation |CitationClass=web }}</ref>

Safe sex practices became more prominent in the late 1980s as a result of the AIDS epidemic. Promoting safe sex is now one of the aims of sex education. Safe sex is regarded as a harm reduction strategy aimed at reducing risks.<ref name="Who">{{#invoke:citation/CS1|citation |CitationClass=web }}</ref><ref name="Mercer">{{#invoke:Citation/CS1|citation |CitationClass=journal }}</ref> The risk reduction of safe sex is not absolute; for example, the reduced risk to the receptive partner of acquiring HIV from HIV-seropositive partners not wearing condoms compared to when they wear them is estimated to be about a four to fivefold.<ref name="Vittinghoff">Vittinghoff E, Douglas J, Judson F, McKirnan D, MacQueen K, Buchbinder SP. (1999). Per-contact risk of human immunodeficiency virus transmission between male sexual partners. Am J Epidemiol. 150(3):306–11. PMID 10430236</ref> Safe sex is effective in avoiding STIs only if both sexual partners agree on it. During sexual penetration while using a condom, for example, the male could intentionally pull off the condom and continue penetrating without the receptive partner's notice or consent. This is a high-risk behavior that betrays trust, and it may spread an STI.