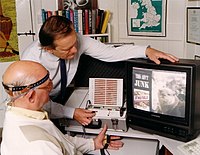 A psychologist is a professional who evaluates and studies behavior and mental processes<ref name=r1>U.S. Department of Labor, Bureau of Labor Statistics, Occupational Outlook Handbook: Psychologists</ref> (see also psychology). Typically, psychologists must have completed a university degree in psychology, which is a master's degree in some countries and a doctorate in others (e.g., United States, Canada and United Kingdom). This definition of psychologist is non-exclusive; in most jurisdictions, members of other professions (such as counselors and psychiatrists) can also evaluate, diagnose, treat, and study mental processes.<ref>"What's the Difference Between a Counselor and a Psychologist?" Oregon Unlicensed Practitioners, January 27, 2015</ref> Some psychologists, such as clinical and counseling psychologists, provide mental health care, and some psychologists, such as social or organizational psychologists conduct research and provide consultation services.

There are many different types of psychologists, as is reflected by the 56 different divisions of the American Psychological Association (APA).<ref>Divisions of the APA</ref> Psychologists are generally described as being either "applied" or "research-oriented". The common terms used to describe this central division in psychology are "scientists" or "scholars" (those who conduct research) and "practitioners" or "professionals" (those who apply psychological knowledge). The training models endorsed by the APA require that applied psychologists be trained as both researchers and practitioners,<ref>See: Scientist–practitioner model and Practitioner-scholar model</ref> and that they possess advanced degrees.

Most typically, people encounter psychologists and think of the discipline as involving the work of clinical psychologists or counseling psychologists. While counseling and psychotherapy are common activities for psychologists, these applied fields are just one branch in the larger domain of psychology.<ref>What is Psychology? at everydaypsychology.com</ref>