{{#invoke:Hatnote|hatnote}} An official is someone who holds an office (function or mandate, regardless whether it carries an actual working space with it) in an organization or government and participates in the exercise of authority (either his own or that of his superior and/or employer, public or legally private). 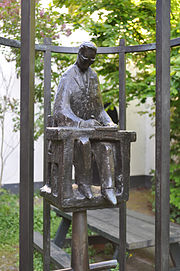 A government official or functionary is an official who is involved in public administration or government, through either election, appointment, selection, or employment. A bureaucrat or civil servant is a member of the bureaucracy. An elected official is a person who is an official by virtue of an election. Officials may also be appointed ex officio (by virtue of another office, often in a specified capacity, such as presiding, advisory, secretary). Some official positions may be inherited. A person who currently holds an office is referred to as an incumbent.

The informal term officialese, the jargon of "officialdom", was first recorded in 1884.