The Assembly has 93 members, elected by single-member constituency, which are commonly known as seats. Voting is by the optional preferential system.<ref name="NSWpl-4"/> 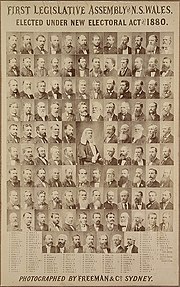 The Assembly is often called the bearpit on the basis of the house's reputation for confrontational style during heated moments and the "savage political theatre and the bloodlust of its professional players"<ref>{{#invoke:citation/CS1|citation |CitationClass=news }}</ref> attributed in part to executive dominance.<ref>{{#invoke:Citation/CS1|citation |CitationClass=journal }}</ref>