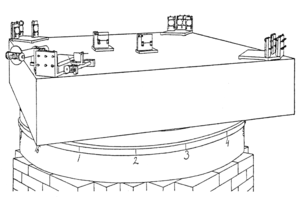 Figure 1. Michelson and Morley's interferometric setup, mounted on a stone slab that floats in an annular trough of mercury.

The Michelson–Morley experiment was performed over the spring and summer of 1887 by Albert A. Michelson and Edward W. Morley at what is now Case Western Reserve University in Cleveland, Ohio, and published in November of the same year.<ref name=michel2/> It compared the speed of light in perpendicular directions, in an attempt to detect the relative motion of matter through the stationary luminiferous aether ("aether wind"). The negative results are generally considered to be the first strong evidence against the then-prevalent aether theory, and initiated a line of research that eventually led to special relativity, in which the stationary aether concept has no role.<ref group=A name=staley/> The experiment has been referred to as "the moving-off point for the theoretical aspects of the Second Scientific Revolution".<ref group=A name=hoover/>