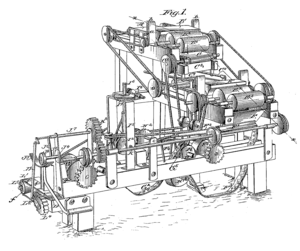 A machine is a tool containing one or more parts that uses energy to perform an intended action. Machines are usually powered by mechanical, chemical, thermal, or electrical means, and are often motorized. Historically, a power tool also required moving parts to classify as a machine. However, the advent of electronics has led to the development of power tools without moving parts that are considered machines.<ref name=AHD/>

A simple machine is a device that simply transforms the direction or magnitude of a force, but a large number of more complex machines exist. Examples include vehicles, electronic systems, molecular machines, computers, television, and radio.