{{#invoke:Infobox|infobox}} A designer is a person who designs. More formally, a designer is an agent that "specifies the structural properties of a design object".<ref>Ralph, P. and Wand, Y. (2009). A proposal for a formal definition of the design concept. In Lyytinen, K., Loucopoulos, P., Mylopoulos, J., and Robinson, W., editors, Design Requirements Workshop (LNBIP 14), pp. 103–136. Springer-Verlag, p. 110</ref> In practice, anyone who creates tangible or intangible objects, such as consumer products, processes, laws, games and graphics, is referred to as a designer. 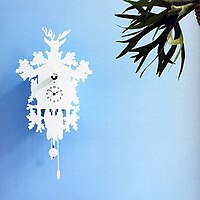 Classically, the main areas of design were only painting, sculpture and architecture, which were understood as the major arts. The design of clothing, furniture and other common artifacts were left mostly to tradition or artisans specializing in hand making them.

With the increasing complexity of today’s society, and due to the needs of mass production where more time is usually associated with more cost, the production methods became more complex and with them the way designs and their production is created. The classical areas are now subdivided in smaller and more specialized domains of design (landscape design, urban design, exterior design, interior design, industrial design, furniture design, cloth design, and many more) according to the product designed or perhaps its means of production.

The education, experience and genetic blocks that form the base of a competent designer is normally similar no matter the area of specialization, only in a later stages of training and work will designer diverge to a specialized field. The methods of teaching or the program and theories followed vary according to schools and field of study. Today, a design team, no matter the scale of the equipment, is usually composed by a master designer (the head of the team) that will have the responsibility to take decisions about the way the creative process should evolve, and a number of technical designers (the hands of the team) specialized in diverse areas according to the product proposed. For more complex products, the team will also be composed of professionals from other areas like engineers, advertising specialists, and others as required. The relationships established between team members will vary according proposed product, the processes of production, the equipment available, or the theories followed during the idea development, but normally they are not too restrictive, giving an opportunity to everyone in the team to take a part in the creation process or at least to express an idea.