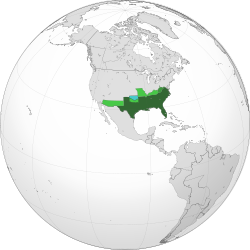 The Confederate States in 1862. Light green denotes claims made by the Confederacy. Medium green denotes western counties of Virginia that separated from that State and were admitted to the Union as West Virginia. Teal denotes the rest of the Indian Territory that did not sign a treaty with the CSA. 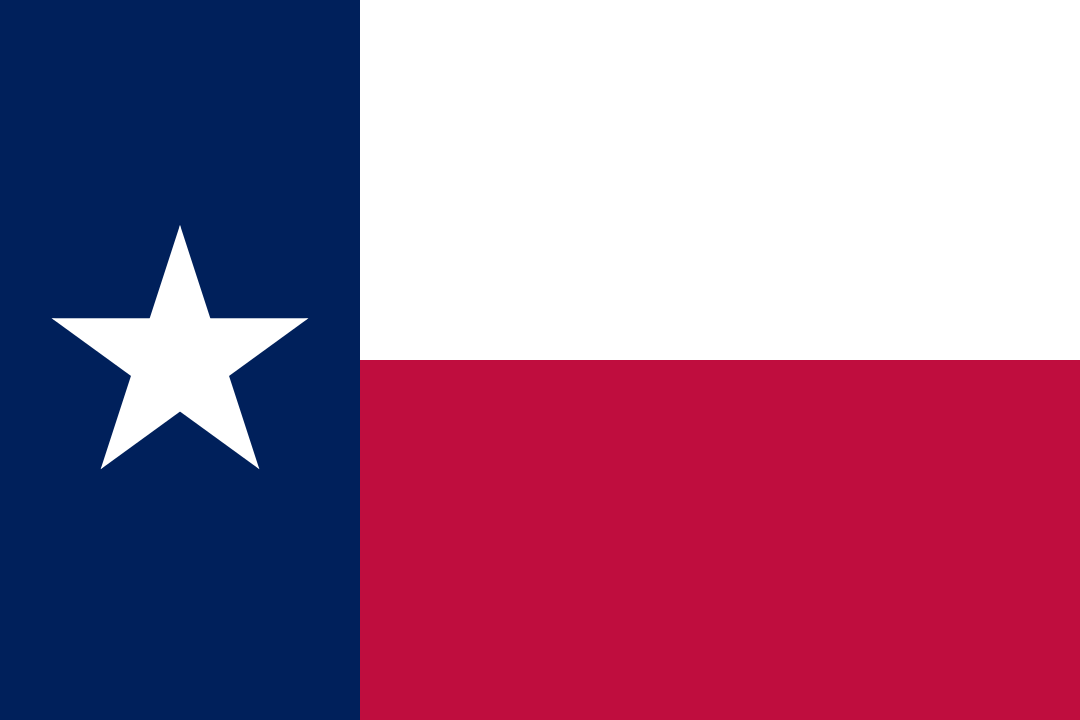 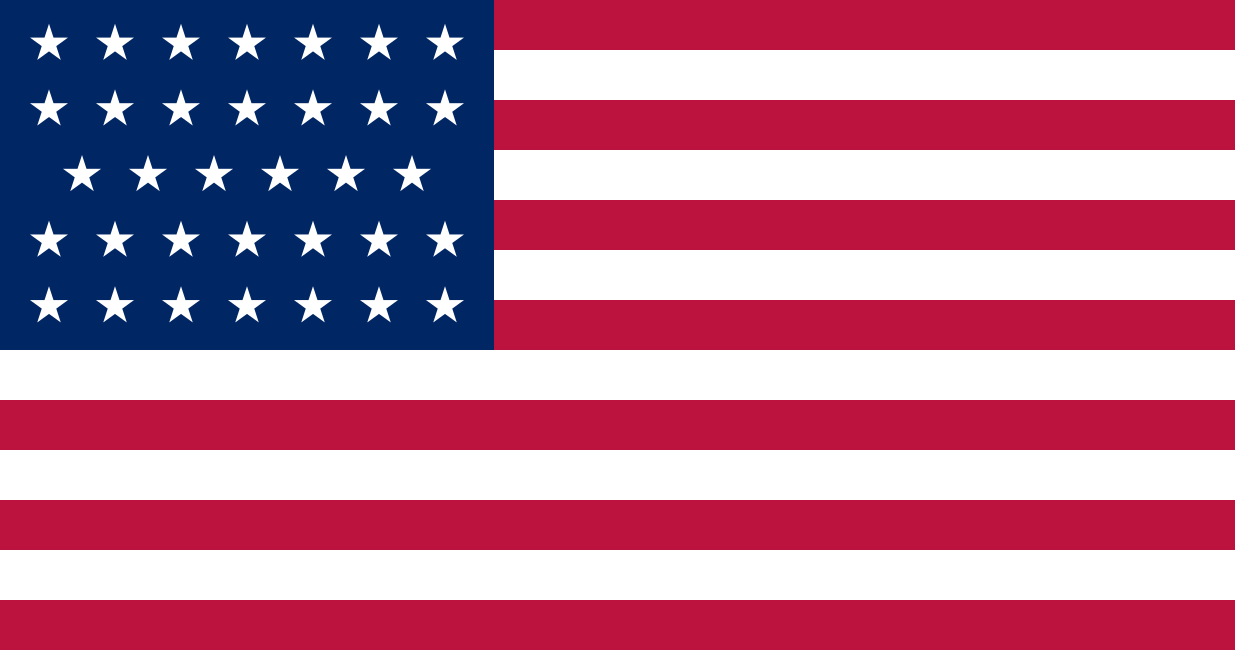 The Confederate States of America (CSA or C.S.), commonly referred to as the Confederacy, was a confederation of secessionist American states existing from 1861 to 1865. It was originally formed by seven slave states in the Lower South region of the United States whose regional economy was mostly dependent upon agriculture, particularly cotton, and a plantation system that relied upon the enslavement of African Americans.<ref>{{#invoke:citation/CS1|citation |CitationClass=web }}</ref>

Each state declared its secession from the United States following the November 1860 election of Republican candidate Abraham Lincoln to the U.S. presidency on a platform which opposed the expansion of slavery. A new Confederate government was proclaimed in February 1861 before Lincoln took office in March, but was considered illegal by the government of the United States. After civil war began in April, four slave states of the Upper South also declared their secession and joined the Confederacy. The Confederacy later accepted Missouri and Kentucky as members, although neither officially declared secession nor were they ever fully controlled by Confederate forces; Confederate shadow governments attempted to control the two states but were later exiled from them.

The government of the United States (the Union) rejected the claims of secession and considered the Confederacy illegitimate. The American Civil War began with the April 12, 1861 Confederate attack upon Fort Sumter, a Union fort in the harbor of Charleston, South Carolina. In spring 1865, after very heavy fighting, largely on Confederate territory, all the Confederate forces surrendered and the Confederacy vanished. No foreign government officially recognized the Confederacy as an independent country,<ref name="history-state-gov" /><ref name="McPherson">{{#invoke:citation/CS1|citation |CitationClass=book }}</ref><ref name="Thomas256">Thomas, Emory M. The Confederate Nation, 1861–1865. New York: Harper & Row, 1979. ISBN 978-0-06-014252-0. pp. 256–257.</ref> although Great Britain and France granted it belligerent status. While the war lacked a formal end, Jefferson Davis later lamented that the Confederacy had "disappeared" in 1865.<ref>{{#invoke:citation/CS1|citation |CitationClass=book }}</ref>