Being and the substance theorists

The deficit of such a bridge was first encountered in history by the Pre-Socratic philosophers during the process of evolving a classification of all beings (noun). Aristotle, who wrote after the Pre-Socratics, applies the term category (perhaps not originally) to ten highest-level classes. They comprise one category of substance (ousiae) existing independently (man, tree) and nine categories of accidents, which can only exist in something else (time, place). In Aristotle, substances are to be clarified by stating their definition: a note expressing a larger class (the genus) followed by further notes expressing specific differences (differentiae) within the class. The substance so defined was a species. For example, the species, man, may be defined as an animal (genus) that is rational (difference). As the difference is potential within the genus; that is, an animal may or may not be rational, the difference is not identical to, and may be distinct from, the genus.

Applied to being, the system fails to arrive at a definition for the simple reason that no difference can be found. The species, the genus, and the difference are all equally being: a being is a being that is being. The genus cannot be nothing because nothing is not a class of everything. The trivial solution that being is being added to nothing is only a tautology: being is being. There is no simpler intermediary between being and non-being that explains and classifies being. 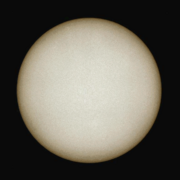 The being of Parmenides

Pre-Socratic reaction to this deficit was varied. As substance theorists they accepted a priori the hypothesis that appearances are deceiving, that reality is to be reached through reasoning. Parmenides reasoned that if everything is identical to being and being is a category of the same thing then there can be neither differences between things nor any change. To be different, or to change, would amount to becoming or being non-being; that is, not existing. Therefore, being is a homogeneous and non-differentiated sphere and the appearance of beings is illusory. Heraclitus, on the other hand, foreshadowed modern thought by denying existence. Reality does not exist, it flows, and beings are an illusion upon the flow.

Aristotle knew of this tradition when he began his Metaphysics, and had already drawn his own conclusion, which he presented under the guise of asking what being is:<ref>{{#invoke:citation/CS1|citation |CitationClass=book

"And indeed the question which was raised of old is raised now and always, and is always the subject of doubt, viz., what being is, is just the question, what is substance? For it is this that some assert to be one, others more than one, and that some assert to be limited in number, others unlimited. And so we also must consider chiefly and primarily and almost exclusively what that is which is in this sense."

and reiterates in no uncertain terms:<ref>Metaphysics Chapter VII, Section 4 (paragraph 1030a).</ref> "Nothing, then, which is not a species of a genus will have an essence – only species will have it ....". Being, however, for Aristotle, is not a genus.

Aristotle's theory of act and potency

One might expect a solution to follow from such certain language but none does. Instead Aristotle launches into a rephrasing of the problem, the Theory of Act and Potency. In the definition of man as a two-legged animal Aristotle presumes that "two-legged" and "animal" are parts of other beings, but as far as man is concerned, are only potentially man. At the point where they are united into a single being, man, the being, becomes actual, or real. Unity is the basis of actuality:<ref>Metaphysics, Book IX, Chapter 10 (paragraph 1051b).</ref> "... 'being' is being combined and one, and 'not being' is being not combined but more than one." Actuality has taken the place of existence, but Aristotle is no longer seeking to know what the actual is; he accepts it without question as something generated from the potential. He has found a "half-being" or a "pre-being", the potency, which is fully being as part of some other substance. Substances, in Aristotle, unite what they actually are now with everything they might become.