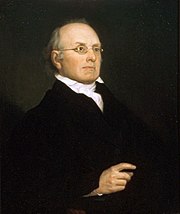 The Crimes Act of 1825 (also known as the Federal Criminal Code of 1825),<ref>Crimes Act of 1825, ch. 65, 4 Stat. 115.</ref> formally titled An Act more effectually to provide for the punishment of certain crimes against the United States, and for other purposes, was the first piece of omnibus federal criminal legislation since the Crimes Act of 1790. In general, the 1825 act provided more punishment than the 1790 act. The maximum authorized sentence of imprisonment was increased from 7 to 10 years; the maximum fine from $5,000 to $10,000.<ref name="h34"/> But, the punishments of stripes and pillory were not provided for.<ref name="h34"/>

Drafted by Justice Joseph Story, and sponsored by Representative Daniel Webster of Massachusetts, the statute defined a series of new federal crimes applicable in areas under exclusive federal jurisdiction—the District of Columbia, federal territories, and federal enclaves—as well as felonies on the high seas and under federal admiralty and maritime jurisdiction.