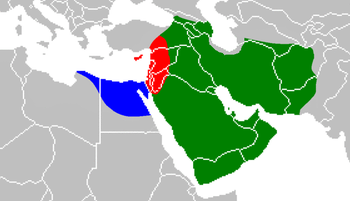 ‘Amr ibn al-‘As (Arabic: عمرو بن العاص‎{{#invoke:Category handler|main}}; c. 585 – January 6, 664) was an Arab military commander who is most noted for leading the Muslim conquest of Egypt in 640. A contemporary of Muhammad, and one of the Sahaba ("Companions"), who rose quickly through the Muslim hierarchy following his conversion to Islam in the year 8 AH (629). He founded the Egyptian capital of Fustat and built the Mosque of Amr ibn al-As at its center.